We worked in phases, well mainly Papa Bear. Sometimes he rallied his troops, Baby Bear is always ready and able to take on the tasks at hand, while the other two would slither back indoors for a snack or back to their recharged phones. They are on summer break. 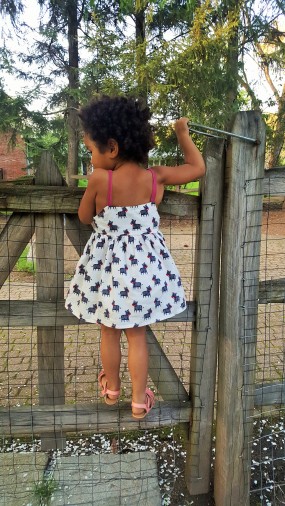 I’m usually in the kitchen or trying to keep up with the laundry and lately at war with the white flies that are eradicating the herbs in the greenhouse. I have pulled a few weeds in the great outdoors on loamy soil, barefoot. It’s been dispiriting, not pulling weeds, I don’t mind that—it’s reflective and emits instant gratification. Watching the seeds grow in and filling in with what was once a curvy edge is dampening. There was a playfulness and tenderness to the undulating dirt edge along Red, the driveway and along the street edge. An edge where little brown feet would trail and witness pale pink on wild strawberry plants.

I imagined a river of black stone to contrast the house, but something needed to soak up the water. Steady afternoon rain followed by crackling thunder rumbling throughout the weeks gearing up to summer, yet under our bare feet, soppy soil. Time was not on our side, nor was a budget, so Papa Bear forged on despite my strong hesitation and seeded until there were no more curves. The verdant carpet now pervades the terrain and forms straight, sharp lines. The curiosity and playfulness of a thought-out biodiverse community that could have been is now farther afield. Trying to wisely utilize what we get too much of even when the sun peaks out takes time and discussion. Now it’s too late. The less said about the grass the better, even when our non feral feline opted to squat among the seeds before they saturated into the harsh edge; the only thing that may save this unforgiving scene is if one day some decorative, plush grass be added to the mix. 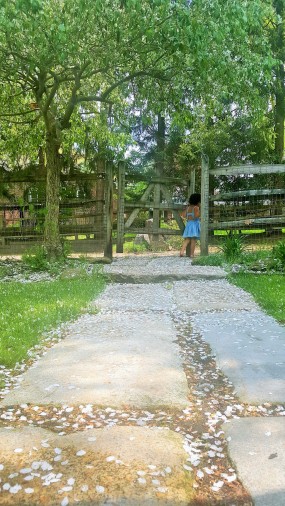 The kind that undulates with the wind and catches Baby Bear’s big sparkling eyes. A work in progress I suppose. What’s new today is old tomorrow. Everything is new and old. This chia spruce never gets old. 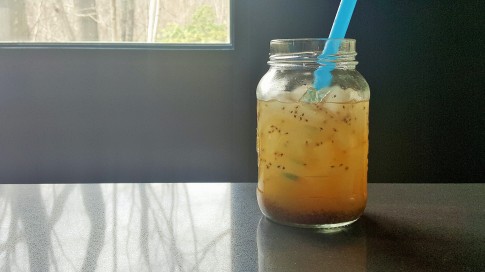 I have been brewing tea daily because humidity hit us from nowhere, so I’ve simplified. Juicing, smashing and spicing for a spruce has been too much this week. A little honey in it’s raw state, some sprinkling of chia, then a few hours for the tea to chill. Takes the edge off and oh so refreshing. We sit on the cool slab of stone under the tree that provides shade in addition to its beatific blossoms. Baby Bear enjoys them most when it snows. I enjoy sitting on a carpet of petals while admiring her tan lines on bare feet. A sweet moment in time before the rain washed the petals that turned rusty and eventually tilled into the new cover which remember maybe old one day. What keeps you going when things get you down?