…something my late grandfather would not be thrilled about. Although he was a tailor by profession, it wasn’t bestowed upon any of the male siblings except to my aunt who no doubt studied by his side. Growing up under the occupation of the Germans where jeeps and trucks rumbled through the rugged terrain in a village of the Peloponnese was not what you would consider fun times. Who wants a fine tailored suit when food was scarce? The rich soils of Hellas laden with olive trees were omnipresent of course, however, unlike when I grew up where this golden culinary prize was found bountifully on every table, back in those not-so-good-old-days especially in Athens away from villages and the direct connections to farmers, options were limited…one of the many unfortunate outcomes of war. Harvest celebrations of Mother Nature’s marvel, fresh pressed extra virgin olive oil, were not experienced during these callused times. While my grandfather was a forward thinker and after lessons learned from WWI, he stockpiled food so they were one of the lucky ones who didn’t worry about their next meal. Another aunt of mine, on the other hand who grew up in Athens, still cringes at the thought of eating dark, dry rationed bread that was their staple without even a measly olive to accompany it. While she doesn’t go to bed hungry anymore, she as well as my uncles have chosen professions in the white collar industry rather than ensue in their father’s footsteps. How was this skill lost completely in my family? Not a single one of my cousins or siblings sew, nor were we ever exposed to it growing up in Athens or in the States. The closest I encountered to the trait was scuttling a heap of clothes down the street to Mrs. B’s nest, where she was always swamped with sewing tasks from the neighbors.

Home economics didn’t exist in my school, back then the arts were not emphasized as a part of learning and the idea of how to run a family environment and make the world a better place for generations to come was a dwindling discipline. Today educators see the power of the arts in learning as well as achieving optimal and sustainable living for individuals, families and communities, however, due to cutbacks we witness less and less of the arts and home ecology in our education system. Don’t even get me started with that rant and how we stand on the future of this country! In any case, here is my attempt at sewing. It’s more pseudo sewing–okay I completely cheated and used a fabric glue. Since the project didn’t look complete…I had no choice but to resort to needle and thread along the edge of the fabric. What do you think? 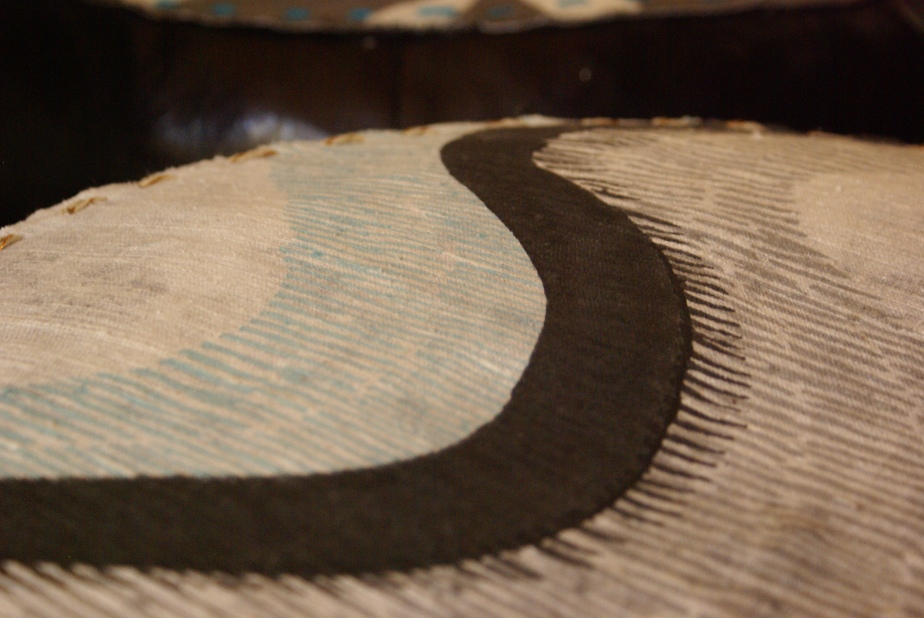 Is there a skill you had always hoped you learned? Give it a shot and see what you can transpire in your nest. Happy skill honing!

6 thoughts on “I Can’t Sew Worth a Lick”