what could have been. What could have a mustached twenty-one-year-old with an easy twinkle in his eyes, gone on to be. Lately my thoughts have plunged deep into my childhood memories. These kinds of recent ruminations with vivid recollections of high school anecdotes from an older cousin, his off-the-cuff music jams with my uncle and of weekend family gatherings mostly at our homes. The only time I remember a visit to the hospital was the summer before starting high school. While my aunt and uncle sat at his side, writhe with pain and melancholy, there he was lying on the electric adjustable bed that he controlled like his very own Pontiac LeMans, IV hooked up and somehow still soaring with confidence and good cheer. My childhood memories are loaded with good fortune; however, some not so good fortune crushed our hearts. I was at a friend’s house a few weeks into my 9th grade and Mrs. Cross came into Nikki’s room where I lie undulating on her waterbed and said that my mother had called, I needed to go home. My heart gripped, my hands trembled, and in my throat, a lump of my silent fear sat that wouldn’t subside for days. I knew the time had come, no more uproarious laughter that followed Spiro’s tales, mostly of his lightning fast kicks from within the pointy tips of his boots and power punches that landed on the flesh of some knucklehead that made nefarious remarks about him. My high school experience dulled in comparison to his; no one picked a fight, at least not a physical fight with me. He lived for that sort of flurry, maybe it’s what got him through those not so easy years. The news that followed was not a surprise, my cousin was born with Thalassemia, he wouldn’t make it past his teens, yet he defied his doctor’s prediction. The days after his 21 years of life, our hopes were raised—he surpassed his expected termination date, there was a party but hope was dashed when even his brave confrontation against his rare and terminal disease got the best of him. I recall my aunt making his favorite crème caramel with sweet and low because he became diabetic. His smaller stature by no means inhibited his prowess. He loved to recount the fights he managed to get involved with at school or on the streets and can recall many times he would tussle with my brothers, a kind of training for when they may have to confront someone in their path. Underneath his freckled face, was a buttery hue, his complexion and his bone structure were not like his sister, neither were they like mine or my siblings. Underneath his uproarious laughter, you wouldn’t notice his fatigue. His intensity, determination and devotion to living his fullest even though his days were numbered were inspiring to us all, his younger cousins and his many uncles and aunts. I can still smell the vinaigrette dressing on his breath that day I visited him in the hospital and will never forget his gleaming smile, the one that prevailed all the angst, dread and sadness we all had in our hearts. 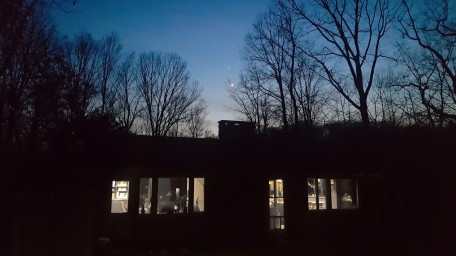 After his passing, time marched forward, although I imagine my aunt and uncle felt dragged through a cavernous time warp, it’s not chronologically right to have to bury your child. It’s most likely the cruelest experience they had to face. His adoring sister as well, her world shattered in that instant. As she ploddingly went about life without her esteeming older brother, the one who had endless tales to tell until she fell asleep, the one who even a decade older found ways to entertain her by taped interviews he created with her adorable toddler answers. I wonder if those cassette tapes are still around or even a cassette player. I wonder if he were still around what he would be up to. Rest in peace dear cousin; you were the bravest person I had ever known.

got flavor?
twinkle, twinkle baby o.
an incredible art of catharsis.
métier.
much a do about mirrors, fresh coats and new starts.
a fairly romantic setting.
a psalm dearest gabriel for you
eye-to-eye
so much goodness.
pathway chat
band of gold
abracadabra...my daily practice.
artists of life.
in queue.
kiss me.
a sweet love.
the chart of a sojourning soul.
on bended knee.
striving…
winds of change.