I’m no Lance Armstrong so I car-pooled it with this recent community excursion. Even if I partook in doping or any sports enhancing tricks, I could not even come close to finishing a tour, let’s face it not many of us could accomplish what Lance has done. Yes, Lance turned out to be a disappointing scam and let down a whole lot of us, but…he still is a supernatural athlete. Unfortunately for him and many others, he let himself down and other athletes by caving into the pressures of striving to be numero uno in the tour de France not once or twice, but seven times. Since, I know my capabilities I decided to participate in this tour de coop via a caravan with six other eager-to-see-how-locals incorporate chicken coops into their backyards. 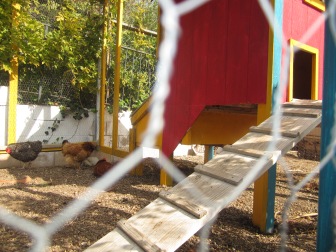 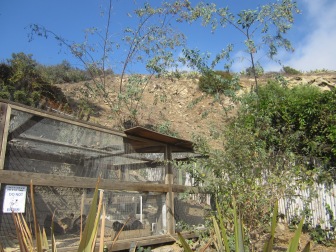 It’s not that I’m afraid of a challenge, in fact I prefer a formidable task—it keeps me on my toes! I chose to play it safe (literally! I don’t even feel safe in an automobile driving down the canyon with drivers that I encounter with so much gusto that their bumpers nearly kiss my grill just to merge before me.) 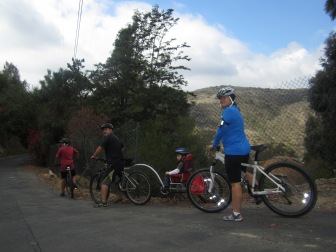 I was so elated to have the opportunity to attend and was tickled to be in a caravan of sprite young girls except our driver, Billy, who courageously corralled us after every coop pit stop.  Despite our horsepower engine, we were always last to arrive to each coop on this self-guided tour. For us it was the carefree wanderings throughout our journey and not about racing to the final coop. Who could resist a few bounces on the trampolines, refreshments and cute fury quadrupeds that greeted us with their moist noses? Of course there was the main feature—the chicks! 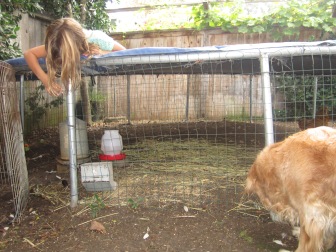 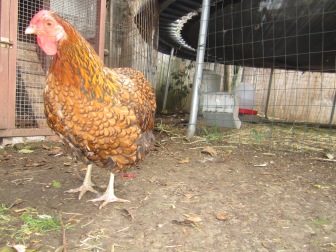 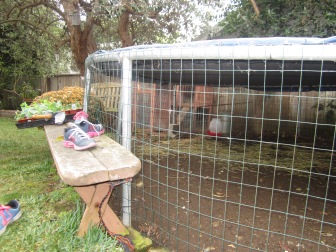 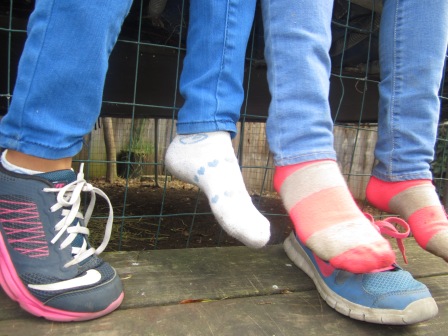 Unlike “one pelota” it’s not about finishing first. It’s about believing in yourself and having fun while you challenge yourself. Although Lance was not the first to partake in a not-so-smart decision and certainly not the last, consequences were carved from his shameful mishap. This may be the incentive for aspiring athletes to be courageous and not succumb to the negative spiraling politics of the games, tours or competitions.

do organize a community outing like this, you will not be disappointed. Do you share your nest with a few feathered friends or know someone who does? Why not start a tour de coop and divulge your chicken stories with others who maybe considering welcoming a few? Remember Homer’s great epic poem The Odyssey—don’t miss out on the adventures just to get there first!

morning fill.
a toast
kairos.
boiling point.
coveting all that i am.
s stands for star,
tete-a-tete.
something happening here.
beads of bubbling amber
do the thing you’ve been afraid to do.
got flavor?
twinkle, twinkle baby o.
an incredible art of catharsis.
métier.
much a do about mirrors, fresh coats and new starts.
a fairly romantic setting.
a psalm dearest gabriel for you
eye-to-eye
so much goodness.
pathway chat