is considered to be one of the most important feasts all over Greece and Cyprus, each year commencing the forty day period of the Great Lent for the Eastern Greek Orthodox Church. It officially ends all the carousing of Carnival, consequently this first day of Great Lent is called “Clean Monday” because one initiates the holy season with “clean hearts and good intentions.” Because Clean Monday is also considered to mark the first day of Spring in Greece it is celebrated with outdoor activities, dancing and picnics, and the widespread custom of flying kites which is exactly what we did in our community with the exception of engaging in such merriment on a Saturday instead of Monday. The priest in dark grey jeans pontificated about the significance and the symbolism of the kite, yet my boys were more engrossed in getting some serious air under their kites. 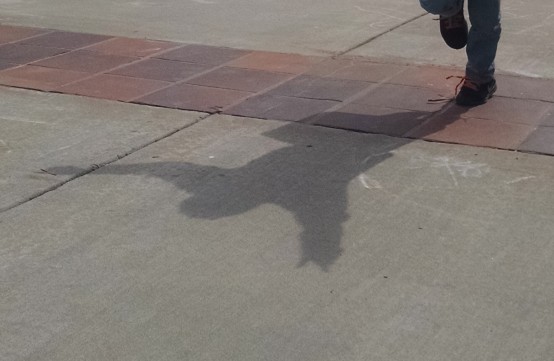 While we are not practicing the act of fasting in our nest, we will indulge in good intentions and clean hearts and of course a clean nest. This weekend I found a rusty piece of metal in the orchid pot…ugh! No wonder the two orchids I had nuzzled in there were not thriving. Also, it was in the Fame, Fortune, Future and Festivity, area of the nest…yikes, the south is the most auspicious direction! I am glad I did some digging around in the moss and have been conscientiously tidying up the nest…let’s hope things won’t feel so harried anymore. We also enjoyed some much needed rain…Mother Nature could not have timed it better for Clean Monday. My car was finally cleansed from the sooty, Santa Ana sand winds it was smirched in for the last month. While in most parts of the world it may not feel much like Spring, do attend to areas of your nest with a little spring cleaning by unblocking energies and may the simple changes cultivate and flourish your life.