“Do you get money for beating Bobby Flay?” my seven-year-old asks. I think you secure a little degree of prestige and a whole lot of valor that you are one of the very few that beat Bobby Flay and glee eternally for such a conquest. What goes on in his busy little mind is quite fascinating to me. The other day he asked me “How can she eat while she sleeps?” referring to baby bear. You did the same when you were a baby I replied. “That’s because I am amazing.” “All babies are amazing,” I reminded him. “I am the most amazing,” he gloated. We have come a long way from kindergarten days, when his teacher would tell me he had little confidence in himself and when he would say, “That’s because I’m stupid.” We used to joke with him and say… “How did you know what I was thinking?” But truthfully such a statement upset me. Where did he get such an idea? Yes, the SpongeBob cartoon utters the stupid word profusely among other cartoons and who knows what is discussed on the playground these days. (In fact, SpongeBob was his first word!)

Yes, he was different from oldest bear and wouldn’t sit to do a puzzle or read a book; he preferred to be hustling and bustling, moving and shaking. And that’s what he continues to prefer, why sit while you eat when you can stand folks? As far as what goes on the mat or the soccer field…he seems unstoppable at times. He compares himself with EVERYONE and that’s where his poise in the classroom isn’t so unwavering. 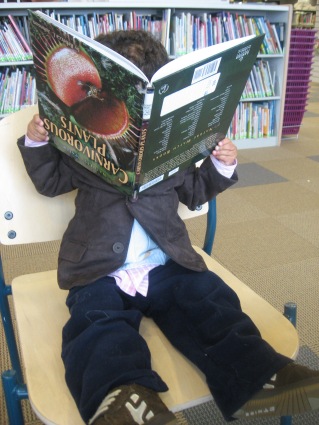 He isn’t the top reader of the class and blurts things out without thinking, but when he contemplates, he demonstrates empathic reasoning and some pretty amazing ideas. I know when he is in the kitchen mixing his pancake flour concoction or smashing avocados for his guacamole, he is thinking how he can beat Bobby Flay…and that’s how one beats Bobby Flay…you have to think like him in the kitchen. Bobby has a keen understanding of culinary flavors and has mastered the concept of layering bold flavors so well that he wins the judges over almost every episode. Everyone that tries to take down Bobby Flay has the advantage of knowing what they are going to make, their “signature” dish, but have they ever practiced it in their kitchen in twenty minutes? I don’t understand how one can think she stands a chance with a culinary wizard like Flay without ever perfecting the dish with the constraints of the program. The young Greek lass, for example, that thought she could cook risotto in a pressure cooker but failed in acquiring the desired consistency because she DIDN’T try it beforehand in the comforts of her own kitchen until she perfected it in twenty minutes! So while, my middle bear may not be the brightest or most accurate in the classroom…he gets the fundamentals of what it takes to win. He prefers to exercise and practice in becoming a better athlete and I know what he is up to in the kitchen after his comment about Bobby Flay. Unlike, the challenger who didn’t attend to her risotto with love and lots of stirring, my little man not only has the goods to figure out what he can perfect in the kitchen to beat Flay but the fundamental goods that will make him a strong man with deep resonance for humanity.