Thanks to the adventures of Percy Jackson, intermittent iPad play, a few z’s and breathtaking landscapes while sipping cold water non-stop, we didn’t hear much of this phrase on our recent road trip. While I didn’t care for the extreme arid heat and was thankful to get back to my nest…I missed the precipitation in the air and my sweater caressing me each night after the majestic Pacific sunset. My favorite part of the trip…the ride back to the nest. Do you miss your nest when you’re away? Even middle bear said “I want to get back home…I just miss it.”

And like other adventures, this one proved to be another mini rite of passage for us. Something about the light in the desert that creates an element of mystical transcendence of sorts…definitely a meditative and contemplative cruise to our destination and back. 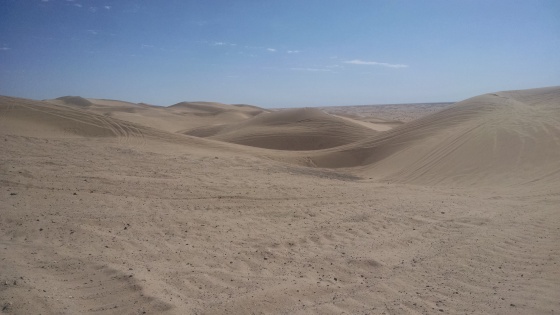 Seeing glimpses of the Colorado River was a sweet reminder of how lucky we are in this neck of the woods to be able to access her grandeur. Yet I wonder (worry) at the rate we’re consuming this almighty river will she be little more than a memory like the paddle steamers and steamboats that once tried up the Grand River. Then there was the scene of the heat-harboring sand dunes under the late afternoon sun, swirled into jagged foothills. Next time we pass through this blazed region they will have morphed into another attritional landscape. A shocking peek at a black bear just before sunset probably foraging for his dinner, a surprise shadow climbing up from a sewer grate…courage young and determined man, you made it this far but your journey has just begun a few miles across the border you fled. The churning windmills in the distance…even in the vast desert land these monumental mechanisms whirl amongst the backdrop of the setting sun for an astounding display.

Finally, what left me to ponder the most, a red-faced man at a rest stop tapping away on the keys of his laptop with plastic bags of accoutrements strewn under the table for himself and his pal, a black-haired senior lab. I can’t even imagine how that dog felt in the 110 degree weather even in the dappled shade; it was unbearable for me. His master would fill his bowl with water, spray his silky black coat with a water sprayer, but the poor thing still looked lifeless. Even middle bear stared in awe at the unfortunate situation. We struck up a conversation with the grandmother of only girls (and mother of three boys) next to us, and she informed us the sheriff had already investigated the situation and declared the dog healthy. Fortunate for the man…is that his only companion out in this vast and hostile terrain…did he not have internet connection in his nest, or did he not have a nest? His half empty bottle of generic soda tucked away at his feet, a paper cup from the establishment resting on the table and free Wi-Fi, were evidence that he had been there awhile. The proud grandmother told us, he has been there for three days. I was hoping he was a screenwriter with a script that will reward him with the means to live in more bearable conditions. I don’t know if we brought him joy or more sadness with the four of us gawking and playing with little bear on the leather lounge sofas…a little amusement for her and a whole lot of tiring out so we can hit the road for our last leg to our nest. 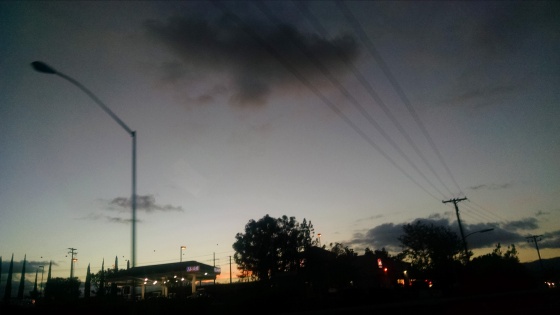 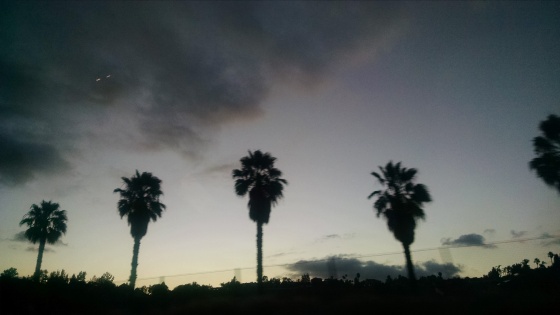 And ultimately the sand, rocks and gravel along with the wiry and spiny plants of the desert disappeared as the air swiftly became nippy and the neon signs loomed on the side of the highway begging for our attention.

Do you blame them, we witnessed some precious and unimaginable images? 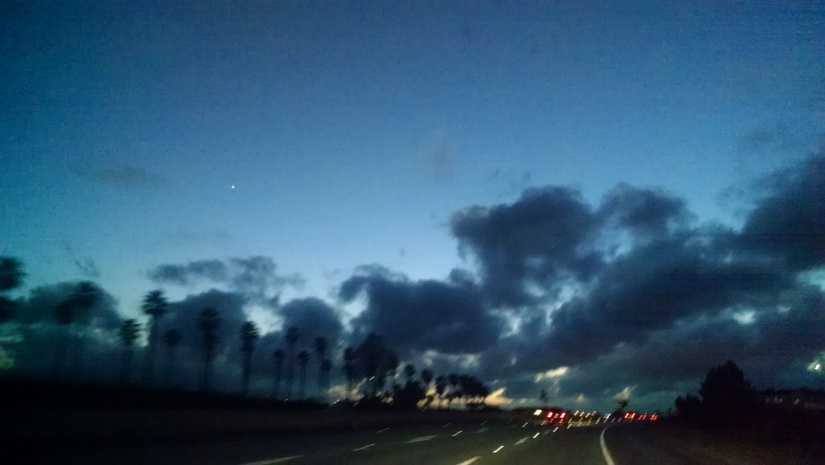