I was baking as I heard my sweet child of mine uttering comments while watching commercials. It’s quite entertaining, the reaction I hear from my little one that is. It’s also shocking at times, especially when he shadows his older brother who was a goofy toddler however, never did he dare partake in commentaries, in fact it’s challenging to conjure his feelings or desires with the various questions I pose. Not so much with little mouth. Remember his comment when the director ask about his teacher? Well now it’s strangely vigilant in our nest when commercials spring about or when he routinely converses with characters in the games on Xbox when playing solo. As I was making these treats from Bubble Girl Bakes, I hear “good thing I don’t need it.” 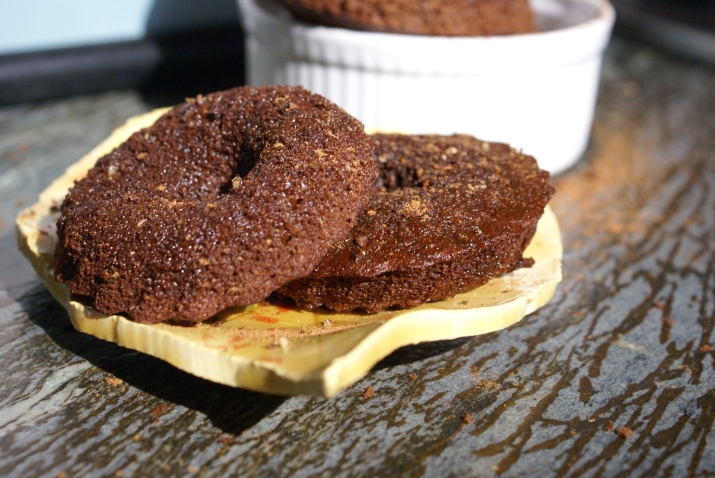 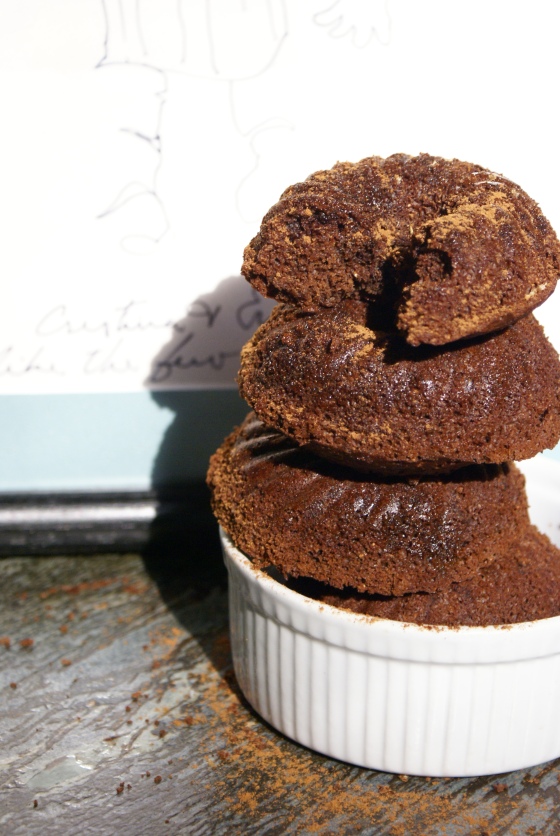 This was his reaction to an endless list of side effects of a drug. I wasn’t paying attention to the type of drug as I’m not the best baker and I was trying to focus on the precision of the recipe for once, then I hear the commercial clearly “ask your doctor about Viagra.” Next out of my seven-year-old’s mouth was “what’s that anyways?” Thankfully, once he heard the magic sound of the mixture he sprang from the couch and it was show time for him…he is so passionate about creating things in the kitchen that he forgot about the advertised drug and launched himself into his role of pastry chef. Our turn has rolled around again for snack time at school and I am using Bubble Girl gluten free flour. It arrived the Sunday before Christmas thank you Kait! The Postmaster General was only delivering packages that day so it was an unexpected treat to receive it on the only Sunday of the year. I have used it for other recipes, however, I knew I wanted to try the donuts for my son’s class snack. I added pumpkin for the “healthy” kick and we each huddled around the oven and savored one—moist and still steaming. While we are well into January and viscerally engulfed in our new regimented cleanses and routines after the gluttonous holidays…these treats won’t set you too far back from your disciplined paths. Besides, you know you want that fresh baked goodness wafting in your nest. Enjoy! 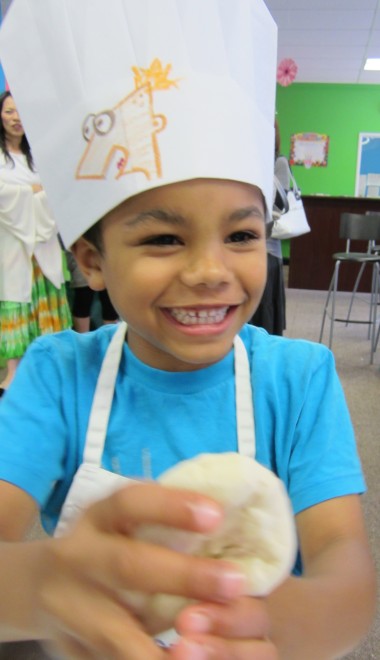 10 thoughts on “All Chefs Have Highly-Flavored Opinions”

all lit up.
explorers ready for anything.
freedom of assembly.
night magic.
make a wish.
time of growth.
into the wee hours.
upon awakening.
some nights.
a place to hide.
reading my tea leaves.
love me mini.
be kind for it has always been you
drifting.
for me your mother.
we're closer than we can imagine.
until then.
everything is a pendulum.
things that move the world.
worn out your welcome.