“I’m a dishwasher,” Guisepi says to the fifth and sixth graders sitting on the edges of their seats engrossed with their surprise visitor on a Monday morning.

Although Guisepi’s first job was a dishwasher, he wrote that off when he graduated from college with his political science degree. A short time working in the industry, video editing, he is back to washing dishes again these days. He’ll wash dishes at a host’s nest to help out and to be invited back. I first saw Guisepi washing dishes in a white contraption on wheels. When he turned from his kitchen on wheels and walked to the open door of the Navajo white vehicle, I asked if I could help him. What am I to think, a strange man drives his rig onto a school parking lot, opens his school bus door and hangs out to wash dishes? 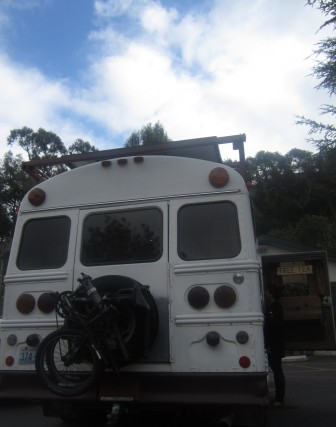 Turns out the school’s director asked him to come and speak of his Free Cup of Tea way of life. Guisepi, parks his converted short bus to locations mostly along the West Coast, props up his sign and works.

Yes, if you ask him what he does for work this is what he means. It’s a non-monetary way of working, yet he participates in his work just as anyone else would invest time at work. Instead of a monetary exchange, Guisepi meets people—it’s like a tea wallah on wheels if you ever visited one in India, and yes he has visited his share. Tea stalls, chai wallahs or Guisepi and his trusty white steed, Edna Lu provide the perfect atmosphere for people from all walks of life to talk and connect. 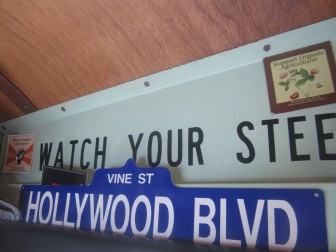 Pre-Edna Lu days, Guisepi attracted a stratified sampling when he would set up his tailgate on Hollywood Boulevard after his arduous day of video editing. It was his time to wind down with a few offerings of kibble and lots and lots of free tea. He quickly discovered that a tea stand is one place where all differences melt away over a cup of tea. 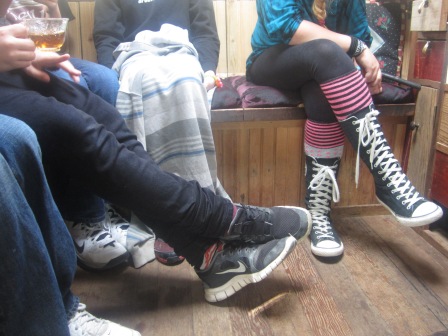 His search for a mobile free tea house was his next logical step and eight years later he and his sweet Edna Lu have welcomed many eager tea drinkers into their lives. Edna Lu has come a long way from her short school bus days, thanks to Guisepi’s ingenuity, concern for the environment and the community. Because he does what he does, he is able to acquire ride-share, hands on help and resource sharing. Edna Lu guzzles up with bio-diesel—Guisepi lovingly pumps discarded restaurant grease as her fuel and converts the heat from the carburetor to boil his water for his harmonious concoctions.

We enjoyed some mint tea and the students came back for seconds on their recess. Guisepi didn’t hesitate, he continued to wash his teacups and put another kettle of water to boil on his range.

His bus is equipped with a stove and a solar refrigerator that acts as a cushioned seat. His kitchen faucet acts as a shower simply pull the hose through the window, find a patch of grass that needs some watering and voila and outdoor shower! It’s the quintessential organized tiny nest—yes he sleeps in it! Of course he designed his hide-away bed that lowers from the wood panel ceiling, as well as a closet, cupboards for his teacups and provisions, and even a desk—his most recent self-satisfied project.

Even though he lives off the grid in this magical bus he calls home, he does access online and may occasionally do some video edits for monetary purposes if necessary. Mostly though, he will work on farms for food and enjoys his Free Cup of Tea lifestyle. Just as a chai wallah is always working to create that perfect cup of tea, so is Guisepi always working to boil a free cup of tea for a fellow comrade in need. Together with his sweet Enda Lu, they foster extraordinary greatness for the community. “Although we are non-partisan, we support people, movements, and politicians who strive for positive social-environmental change. Although we are non-denominational, we respect core values and morals. Although we are non-profit in the monetary sense, we seek profit in the personal, social and environmental realms through our actions.” 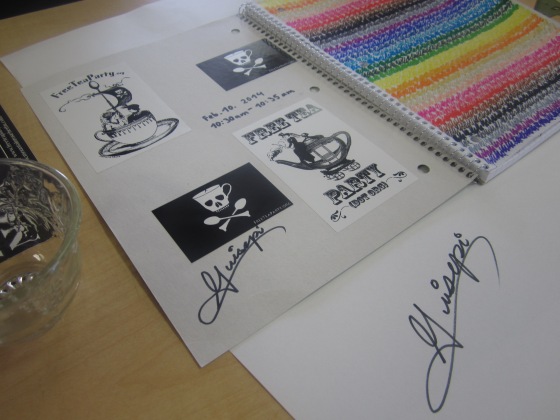 Who would have thought with one cup of tea…so simple, so sincere, so soothing? They are quite the symbiotic relationship, non? How well do you know your nest? How will she inspire you? 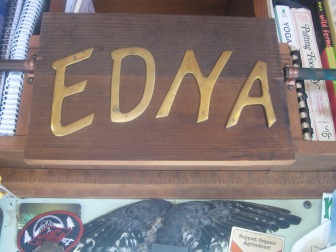 11 thoughts on “Nesting off the Grid”